The Anne Frank Tree at Sonoma State University is housed within the Holocaust and Genocide Memorial Grove. The Anne Frank Sapling Project came to life in 2009, when The Anne Frank Center USA awarded 11 sites a sapling derived from the nearly 200 year-old horse chestnut tree that towered behind the Secret Annex, where Anne Frank and her family hid from the Nazis from 1942-44.

For almost three years, SSU nurtured the quarantined sapling that arrived from the Netherlands in late 2009. It had been growing in a special shade house supervised by Sam Youney, SSU Director of Landscape Services, an expert in plant diseases and pest control. The sapling was planted April 14, 2013 at the Erna and Arthur Salm Holocaust & Genocide Memorial Grove at Sonoma State University near the campus lakes. The ceremony also honored Helena Foster, a Holocaust survivor who donated to SSU for a circle of 18 trees to be planted near the sapling. The Anne Frank Sapling was around 5 feet tall when it was planted and continues to thrive.

As Anne gazed out the attic window, the tree not only comforted her through their seasons in hiding, but stood as a symbol of all that she was missing in the outside world. Despite efforts to shore it up, the aged, diseased tree toppled in a windstorm in 2010.

The White House, Liberty Park (former site of the World Trade Center) and The Children’s Museum of Indianapolis were initially designated to receive one of the 11 saplings. Thirty-four organizations responded to the Center’s 2009 request-for-proposals.

The winning locations were selected because they embody Anne’s unwavering belief in equality; because they demonstrate the horrific consequences of intolerance in all of its forms; or because they showcase historic events in civil rights and social justice in the US.

“We are excited that we can now move forward with planting the saplings and launching a national education initiative called Confronting Intolerance Today: Lessons from Anne Frank,” says Simons of Anne Frank USA. “As the saplings take root, they will become living symbols of justice and tolerance in America for many years to come.”

“The message of tolerance will spread from these 11 communities across the country, joining these historical examples of hatred and discrimination with contemporary issues,” Simon says. More information on the Sapling Project can be found at www.AnneFrank.com.

Why was SSU chosen?

"The panel felt that your site 'connected all the dots' by writing an inspiring proposal, drawing all aspects of tolerance together. Your Center for the study of the Holocaust, created by Dr. John Steiner (Dachau and Auschwitz survivor), your membership including Hans Angress, a Berlin Jew who attended school with Anne Frank, and your inclusion of educational programs on other genocides in the world. We particularly like the concept that the sapling would be placed near the Martin Luther King sculpture - and the fact that both were born in 1929, both slain by ignorance and hatred - both lives committed to contribute to human dialogue." - Yvonne Simons of Anne Frank USA

The public planting ceremony, of the sapling taken from the mother chestnut tree that often gave AnneFrank hope as she hid from the Nazis in World War II, took place at 1 p.m. on Sunday, April 14 at the Erna and Arthur Salm Holocaust & Genocide Memorial Grove at Sonoma State University near the campus lakes.

The ceremony also honored Helena Foster, a Holocaust survivor who has donated to SSU for a circle of 18 trees to be planted near the sapling.

You can view a video of the Planting Ceremony on YouTube.

"The addition of the Anne Frank tree will solidify the SSU campus as a major center on the West Coast for the study of the Holocaust and genocide, It will provide eventually a vast canopy under which the University Holocaust Lecture Series and the academic and educational programs throughout Northern California will continue for generations." - Elaine Leeder.

Video of the mother chestnut tree outside the Secret Annex.

More details and photos about the Grove can be found at the Holocaust & Genocide Memorial Grove webpage. 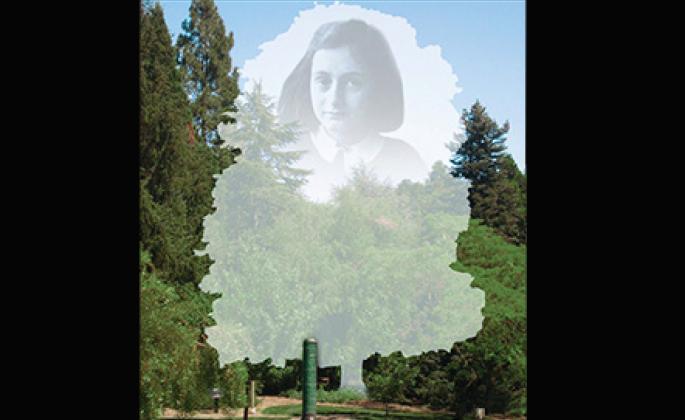 A visualization how the tree will look when mature. 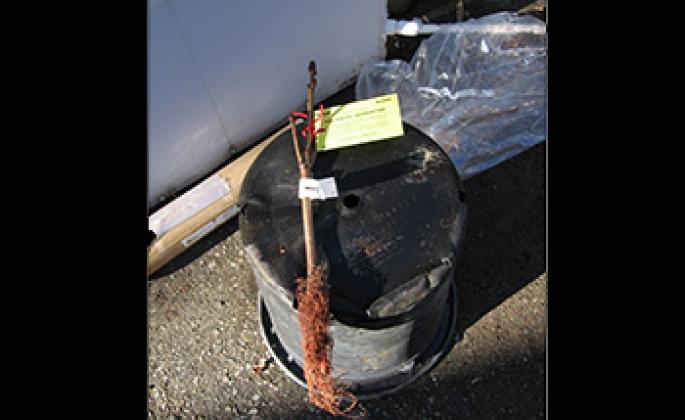 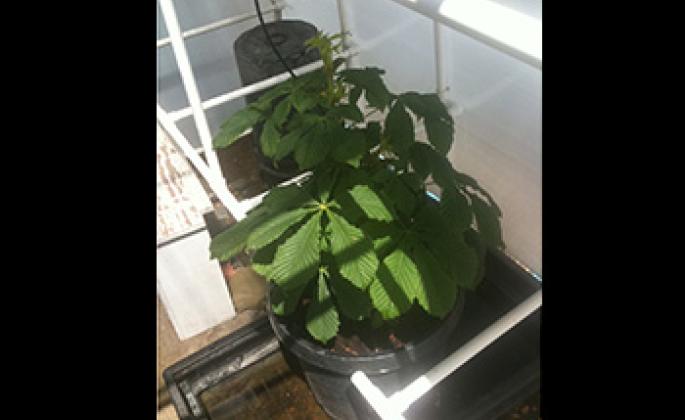 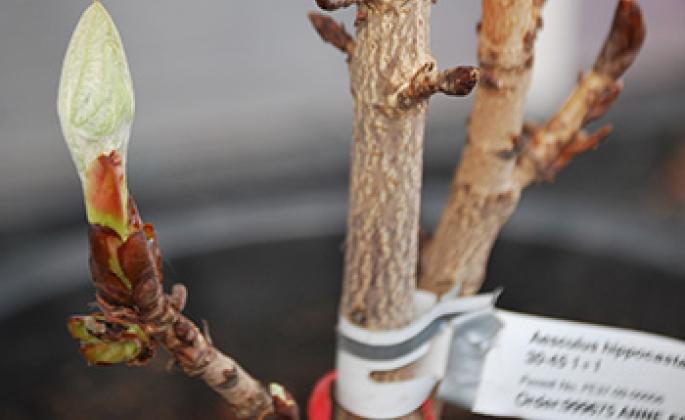 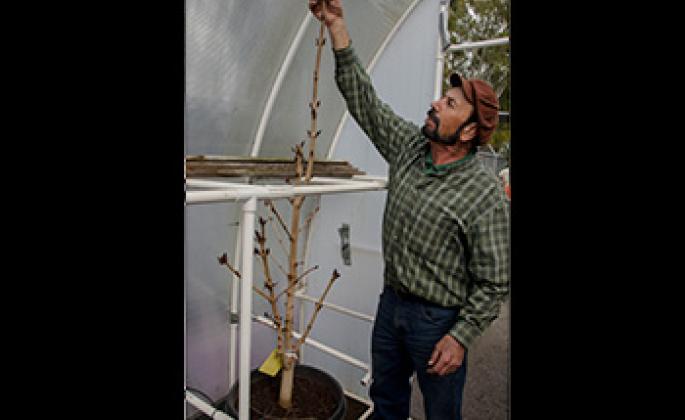 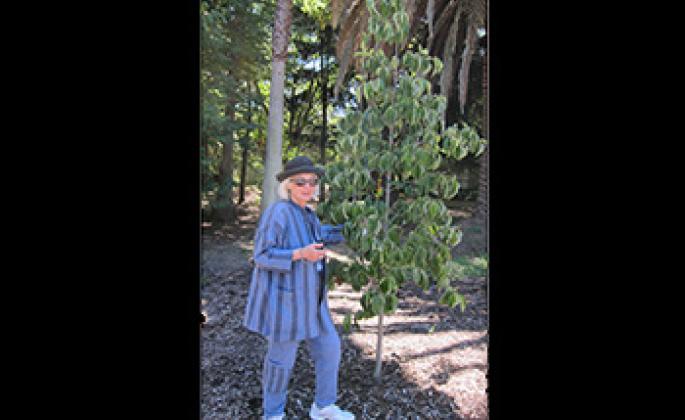 Helena Foster with the planted tree.