The Center for the Study of the Holocaust & Genocide was formally constituted in February 1987 for the purpose of providing education about the origins, nature and consequences of the Holocaust. In recent years, the Center has broadened and expanded its focus to include the study of issues surrounding other historical and modern genocides. The primary activities of the Center have been weekly, public Holocaust Lectures throughout the Spring Semester each year; the development of Holocaust resource materials (publications, videotapes, etc.) for campus, school, and public use; and cooperative efforts with a community-based group, the Alliance for the Study of the Holocaust, to provide Holocaust education in the SSU service area schools. In Fall 2002, the position of the Director of the Center became part of the School of Social Sciences. The Director of the Center, Emerita Professor Myrna Goodman, Sociology, has spent 17 years as a Holocaust and genocide scholar.

The Founding of the Holocaust Studies Center

A combination of factors led to the establishment of the Center on the Sonoma State University campus. Dr. John Steiner, Emeritus Professor of Sociology at SSU a Holocaust scholar and a survivor of the death camps of Auschwitz and Dachau, assumed a leading role in the development of the Center. Steiner is the only known holocaust survivor to have gone back and confronted former members of the SS and the Wehrmacht, including several high-ranking Nazi officials. He has conducted a large number of interviews with perpetrators and is a renowned authority on topics such as concentration camps and the SS. Over the years more than fifteen permanent faculty from disciplines throughout the University have been involved on a regular basis in the Center’s efforts to provide an interdisciplinary education on the Holocaust and genocide to both the SSU campus and to the larger community.

Development of the Holocaust and Genocide Lecture Series 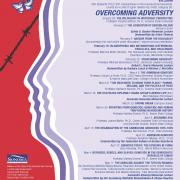 Since its inception, the Holocaust Lecture Series has attracted distinguished speakers from throughout the world, representing disciplines that range from History to Philosophy to Biology to Political Science as well as many others. The lectures have been offered for academic credit since the 1983-84 academic year. The Lecture Series is a highly sought after and important course in the General Education program. The course regularly enrolls over 100 students each Spring semester. The Holocaust and Genocide Lecture Series is housed within the School of Social Sciences in the Department of Political Science. Professor Diane L. Parness, Ph. D., is the Academic Director of the series.

The Holocaust Lectures have been strengthened by the participation of Holocaust survivors, liberators and rescuers as well as the contributions of active researchers in the field. Indeed, perhaps the most powerful aspect of these lectures is the inclusion of personal eyewitness accounts of Holocaust survivors and more recently survivors of the Rwandan, Cambodian, and Bosnian genocides. A different theme is selected each year in order to encourage a variety of perspectives and interpretations. The speakers, students and the general audience are challenged to face the difficult subject of human destructiveness and to reflect on the multiple and interdependent causes of genocide. Students are encouraged to examine the issues of individual accountability and to formulate ideas about the prevention of genocide in the world. Lecture Series faculty regularly receive comments from students about how the information taken from the Series will help them live more ethical and meaningful lives.

Two initiatives of the California State Legislature provide the framework for both the present and future work of the Center for the Study of the Holocaust at SSU. In September of 1992, Assembly Bill 3216, an amendment to Section 51220 of the Education Code was adopted to mandate a course of study for students in grades 7-12 dealing with issues of human rights. The bill specifically recognizes the “importance of teaching our youth ethical and moral behavior specifically relating to human rights violations, genocide issues, and slavery, as well as the Holocaust.” (Section 51220 of the Education Code, Section 3, Sub (a) (b). The California State Legislature also passed Assembly Bill 2003, known as the Holocaust, Genocide, Human Rights and Tolerance Education Act of 2003. AB 2003 creates the Center of Excellence on the Study of the Holocaust, Genocide, Human Rights and Tolerance that will operate in conjunction with affiliated campuses in the California State University system.

The Center for the Study of the Holocaust has been providing educational outreach programs addressing these very issues since 1987 and, in an effort to assist local school districts in fulfilling the mandates in AB 3216, took the lead in developing outreach and education programs aimed specifically at providing education on the Holocaust and other related issues in the K-12 venue. In 1992, in collaboration with the Alliance for the Study of the Holocaust, the Center utilized a foundation grant to conduct successful teacher training workshops and a faculty conference on Holocaust issues.