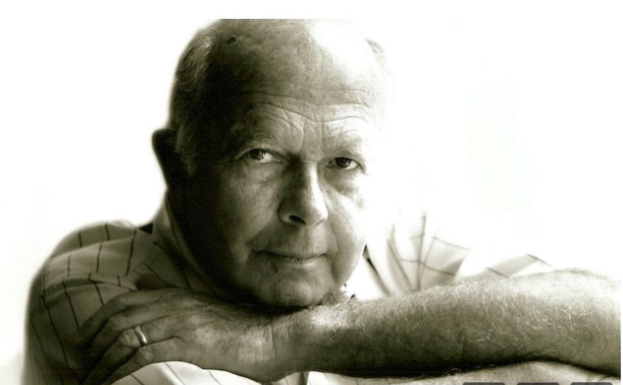 This award is presented annually to a student enrolled in “Perspectives on the Holocaust and Genocide” course at Sonoma State University who will be recognized for their scholarly and personal achievements that reflect the ideals and community service exhibited by Hans Angress, who was a hidden child during the Holocaust. Hans dedicated his life to being a force of tolerance and kindness which he modeled to thousands of students by sharing his story. This award will honor the life of Hans as a living testament to community service and social justice, echoing the message of “never again.”  The annual award will include an honorarium and an award plaque.

Hans Angress was truly an upstander who spoke from his own story of surviving intolerance and discrimination.   For over 30 years, Hans contributed immensely to the Sonoma County community by sharing his story of surviving as a hidden child during the Holocaust.  He spoke and inspired thousands of students from schools throughout Northern California.  He was a regular presenter at the Holocaust and Genocide Lecture Series sponsored by the at Sonoma State University.

His community service included participation in multiple Jewish World Watch “Walk to End Genocide” demonstrations in Santa Rosa as well as memorials for the Genocide against the Tutsi in Rwanda and the Armenian Genocide.  He also walked across the Golden Gate Bridge and spoke during the 2010 Armenian Genocide Commemoration Golden Gate Bridge Walk.  Hans spoke several times at the International Genocide Conferences at Sacramento State University, served as a board member for the Alliance for the Study of the Holocaust and Genocide for over 10 years, and was an active member of the Alliance Education Committee. He was a speaker for the Jewish Family and Children’s Services’ Holocaust Center in San Francisco and actively participated in the Bay Area Hidden Children’s organization.

Hans Angress, who was born in Berlin in 1928, fled with his family from Germany in 1937.  When attempts to get to the Americas proved to be unsuccessful, they settled in Amsterdam, the Netherlands (Holland).  He had two wonderful childhood years in Amsterdam until the Germans invaded and occupied Holland in 1940.

His father was arrested in 1941 because, when he left Germany, he took his life savings with him, which was against German Law.  He perished in Auschwitz in 1943.  Hans’ oldest brother Werner Tom managed to get to the United States in 1939, enlisted in the army, served in the 82nd Airborne Division as an interrogator and was one of the “Ritchie Boys.” Hans’ survival, and that of his other older brother, Fred, was in the hands of his mother.  When Fred got a call in 1942, along with 2,000 other young Jewish persons to report for work in Germany, his mother refused to let him go and obtained a job for him with the Joodse Raad (the Jewish Council).  This exempted all three of them bis auf Weiteres (until further notice), from “work” in Germany.  Death notices for all the 2,000 youngsters who did report for work arrived shortly afterwards.  In the meantime, Hans continued to attend the Joods Lyceum, the Jewish school, where Anne Frank was a fellow student.  What sustained him initially was his mother’s strength.  Her advice to him and his brother Fred was: “If you ever fall into the clutches of the Nazis, look for the first opportunity to run.  The worst that can happen to you is that they shoot you, and believe me, this would be better than what you would find at the end of the train ride.”

The “until further notice” arrived for his family in September 1943, when the few remaining Jews in Amsterdam were scheduled to be deported to the East.  With help from the Dutch Resistance movement Hans, his brother and his mother found hiding places until the end of the war.  He stayed with the Kooy family, who were ultimately honored by Yad Vashem as well as by Congresswoman Barbara Boxer for their heroic conduct during WW II.  Alida and Anton Kooy were also involved in many other resistance activities against the Nazi regime.  Once in hiding, Hans was sustained by the support of the Kooy family and by all the resistance activities that surrounded him, in which he participated in as much as they allowed.

Since he was not a Dutch citizen, Hans did not see much of a future for himself in Holland after the war ended.  When his oldest brother Werner Tom offered to help him and his brother Fred get to the United States, they jumped at the opportunity.  When he got to the U. S., he finished high school at Windsor Mountain School in Lenox, Massachusetts and then took a job on a dairy farm in Connecticut.  When he was offered a position on a dairy in Marin County he decided to go west.  He became a partner in a dairy operation in Tomales Bay, now known as the Straus Family Creamery.  The partnership lasted for 20 years.  After an unsuccessful attempt to build a lodge on a piece of land that became his when the partnership dissolved, he spent the rest of his working life in real estate and property management.

In his lectures, Hans’ advice to people who may find themselves endangered by discrimination is to be realistic, assess the danger and figure out a way that may save you, just as his mother did.  He said that “too many of my fellow Jews at the time, for much too long, refused to recognize the danger they were in until it was too late.  Also, don’t take democracy for granted; it is fragile.  Remember, Hitler was elected and shortly after declared a ‘State of Emergency’ that was never lifted and gave him his dictatorial powers.  Stay politically informed and involved and exercise your right to vote.”